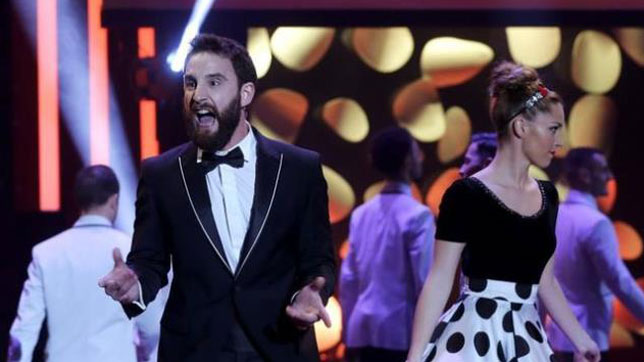 PROTOCOLO at the Goya Awards

The presenters Dani Rovira, Manuel Banderas and Pedro Casablanc dressed in Protocolo designs at the black-tie gala in celebration of Spanish cinema.

The PROTOCOLO brand dressed the stars for the ball at the 30th edition of the Goya Awards. On the evening of February 6th, the presenter of the Gala, Dani Rovira, wore Protocolo to celebrate the stars of Spanish cinema. Elegantly dressed in the Burriel, slim fit tuxedo, sporting a black, lapel blazer with a sharp white edging and contrasting cream trousers, the actor kicked off the prize-giving ceremony in the midst of a magic act performed by the magician Jorge Blass. During the act Dani Rovira mysteriously lost his blazer, showing off his shirt underneath. It seems magic also has style!

Maintaining the gala’s black and white theme, next in the spotlight was the Natalio design – a black slim fit suit featuring a peak lapel blazer with crisp white edging. Both designs are from the brand’s current collection.

Pepe Reyes and Laura Cortés were the stylists in charge of the showroomevent organised by the Spanish Cinema Academy. The theme of the soirée was a perfect mixture of 70’s inspired fashion and the classic black and white dress code.

The brand also took to the red carpet — Manuel Bandera, alongside Bibiana Fernández, posed for photos wearing the Ronaldo design, an on-trend and in style, black, velvet tuxedo made of brocade fabric.

The actor, Pedro Casablanc, who boasts an impressive 25 year track record in theatre, cinema and television, received his first ever nomination at the Goya Awards as Best Leading Actor in the film ‘B’. On the red carpet he flaunted one of the brand’s new designs, the Chicote tuxedo from their current collection – a smart black design featuring plush satin lapels. Unfortunately, his charming outfit wasn’t enough to win him the prize.

Protocolo in the spotlight of fashion, styling the stars at the Goya Award’s 30th anniversary. A massive congratulations to the prize winners. 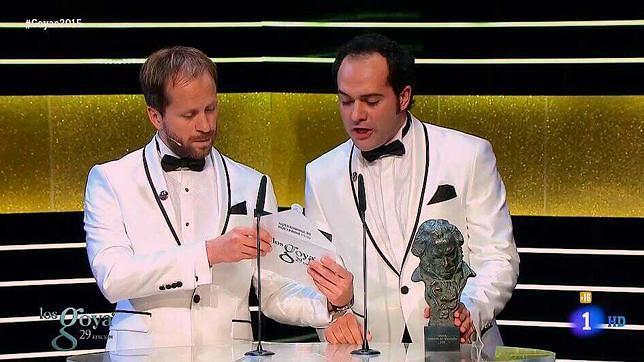 PROTOCOLO at the Goya Awards 2015

The PROTOCOLO brand hits the catwalk at the 29th edition of the Goya Awards. On the night of February 7th, during the biggest annual celebration of Spanish cinema, the designer label dressed the actors Alberto López and Alfonso Sánchez for their red carpet arrival. Both are big stars from the megahit Spanish film The Spanish Affair. The brand also took to styling the scene for the Gala performance. Spanish fashion house to dress the stars in black-tie attire at Spanish cinema’s event of the year.

Tatiana Hernandez was the stylist in charge of preparing the showroomevent organised by the Spanish Cinema Academy. She dressed the Seville-born comedians in PROTOCOLO designs from their 2015 collection promoting the soirée’s official black-tie dress code. Alberto López lució wore the Piñar tuxedo with a jet-black textured blazer and midnight blue, satin lapels. Meanwhile, Alfonso Sánchez looked the part in the Nivar suit with a black blazer made of brocade fabric. Together they took to the stage, placed in the eyes of media. A rather dapper pair indeed!

During the gala, this Sevillano duo, pals in the Spanish movie The Spanish Affair awarded the prize to the best Director both dressed in PROTOCOLO’s cream, Burriel tuxedo.